Danielle Richardson was born in Charleston, South Carolina to the late Janet L. Richardson and James Maxwell Jr. She is the eldest of three siblings. She is the proud mother of 6 beautiful children and 2 grandchildren. Danielle was inspired to become a Domestic Violence Advocate after the tragic experience of witnessing the murder of her mother by her brother’s father when they were children. Many years later, she published her first book “God Heard My Cries: The Deliverance” in April of 2012 which tells the triumph, victories, and forgiveness of her childhood trauma.

Danielle’s spiritual journey began at Ebenezer AME Church in downtown Charleston. This is where she learned how to pray, forgive and find peace within her soul after suffering such a great loss. She is involved with Richard Allen Young Adult Council, E.B. Hunter group of the Julia Gillard Women's Missionary Society. Danielle also attends Southside Impact Church where she is the Community Liaison. As a result of her amazing work within her own community, Danielle hopes to be able to connect ministries and communities together to stop violence from plaguing cities across South Carolina.

Danielle received her Victim’s Service Provider Certification in 2013 through the South Carolina Governor's Office of Victim Service Providers and Education Department. From there, she founded a non-profit domestic violence organization Goodbye Abuse Inc, (2015) which was established in honor of Danielle’s mother who was murdered during a domestic dispute. Danielle is a member of the SC Chapter of the International Zonta Club Charleston (domestic violence organization 2016) and of the Charleston, SC Chapter of National Survivors Support Group of Homicide Victims (2009). In 2015, she became a member of Brady United after the Mother Emanuel AME Church mass shooting that resulted in the deaths of nine of its members. Danielle was personally impacted by the tragedy, as she knew and loved all of the victims. She is also a member and Project Manager of the Eastside Community Development Corporation and is the Domestic Violence Coordinator for SC National Action Network.

Back to Team Members 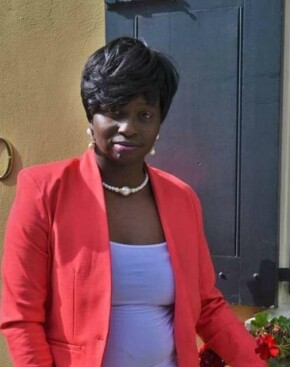