Charleston, South Carolina, native Merrill Chapman has a diverse background starting out as a DJ and finding her voice later in life as a community activist. She’s been co-chair of Our Revolution South Carolina, been the Vice President of the ACLU of Charleston and the President of the Charleston chapter of the South Carolina Progressive Network. Chapman founded ThinkingPeople, a peace and social justice organization before we went to war in Afghanistan which included chartering bus loads of people to peace marches in Washington DC. She worked as the President of the South Carolina Working Families Party. She mc’d the Women’s March in Charleston and has been a member of Black Lives Matter among other groups and organizations. Currently, Chapman is head of the SC chapter of Brady United Against Gun Violence, on the board of the Anita Hill Celebration, and is a member of the National Writers Union. Chapman resides in Mount Pleasant with her husband and two rescue dogs.

Chapman has won numerous awards for her statewide activism including the Fredrick Douglass Thunder and Lightning Award from the South Carolina Progressive Network. The Charleston City Paper named her best Activist and most recently the Triumph Award from the South Carolina National Action Network and the Martin Luther King, Jr. Picture Award from SC Representative Wendell Gilliard and Charleston Mayor John Tecklenburg.

As a child, her cousin shot another cousin accidentally, while hunting. As an adult, a close family friend committed suicide with a shotgun. Yet she didn't hear the voices to fight gun violence until South Carolina Legislature debated a bill that would allow concealed carry weapons in bars. With that, she joined a group that worked on getting no guns allowed signs in pubs and bars. The massacre at Mother Emanuel heightened her fervor to squelch gun violence. It was then that Chapman teamed with Brady. She’s worked her way from member to State Lead. After the Pulse massacre in Orlando, Chapman joined Brady National spokesperson from Mother Emanuel, Dr Betty Deas Clark and other Brady team in Orlando.

Back to Team Members 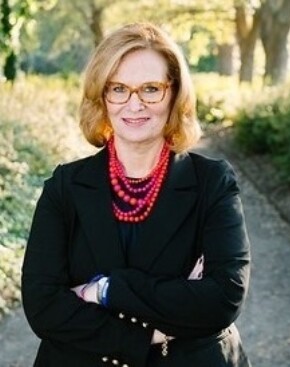